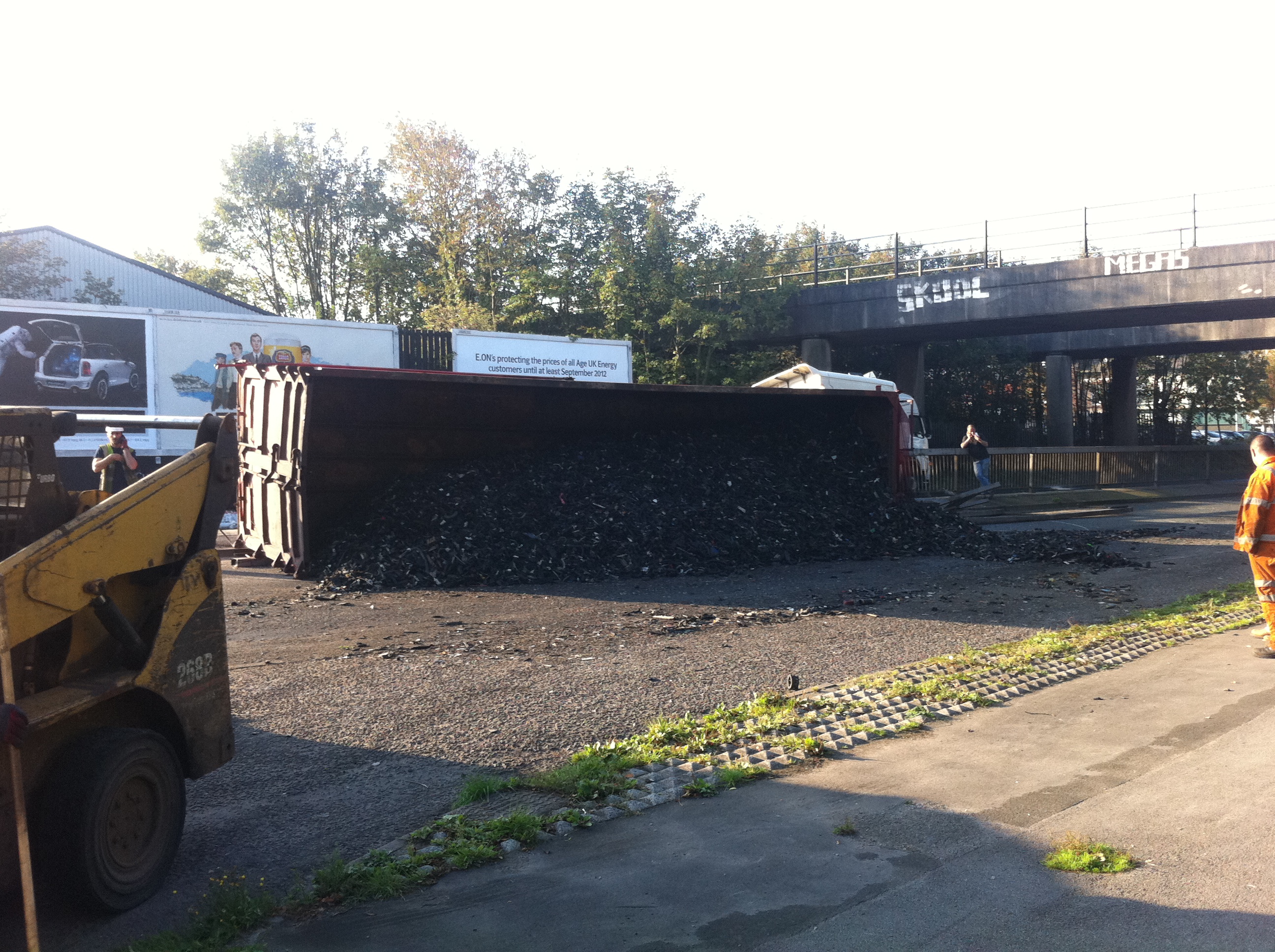 AN OVERTURNED lorry caused traffic chaos for motorists in Merseyside.

The HGV crashed into the central reservation on Princess Way, Seaforth early this morning. The lorry spilt its load over the carriageway, forcing the road to be shut in both directions.

One driver said it was “traffic misery” as motorists were left queuing up Dunnings Bridge Road while the Highways Agency worked to clear the mess.

Residents described the sound of a ‘massive bomb exploding’ when the 22-tonne articulated vehicle smashed through crash barriers on Princess Way at around 6am.

The driver, from Yorkshire, was described by police as ‘incredibly lucky’ after being discharged from Aintree University hospital unscathed just a few hours later.

“It’s a relief it happened when it did, so early in the morning, when there was nobody else on the road,” said a police officer at the scene.

“We believe the driver is ok. He’s incredibly lucky indeed.”

The lorry had just come on to the west bound carriageway, heading towards the Port of Liverpool Terminal, when the incident occurred.

After overturning and shedding its load of compressed scrap car parts over the east bound carriageway, both sides of Princess Way had to be cordoned off to allow the Accident Investigation Unit to assess the scene before the clean-up operation got underway.

“The sound was incredible,” said a local resident.

“We heard it from our house. It was like a massive bomb exploding. We rushed out to see what had happened and were met by this scene.

“It took the ambulance about 15 or 20 minutes to arrive. It’s amazing to think anyone has been able to walk away from that.”

* This story was first published by the Liverpool Echo in November 2011. The video footage and pictures were all captured using my iPhone 4 and transferred to the news desk via YouSendIt. The version of the video embedded in the story here was created using YouTube Editor.