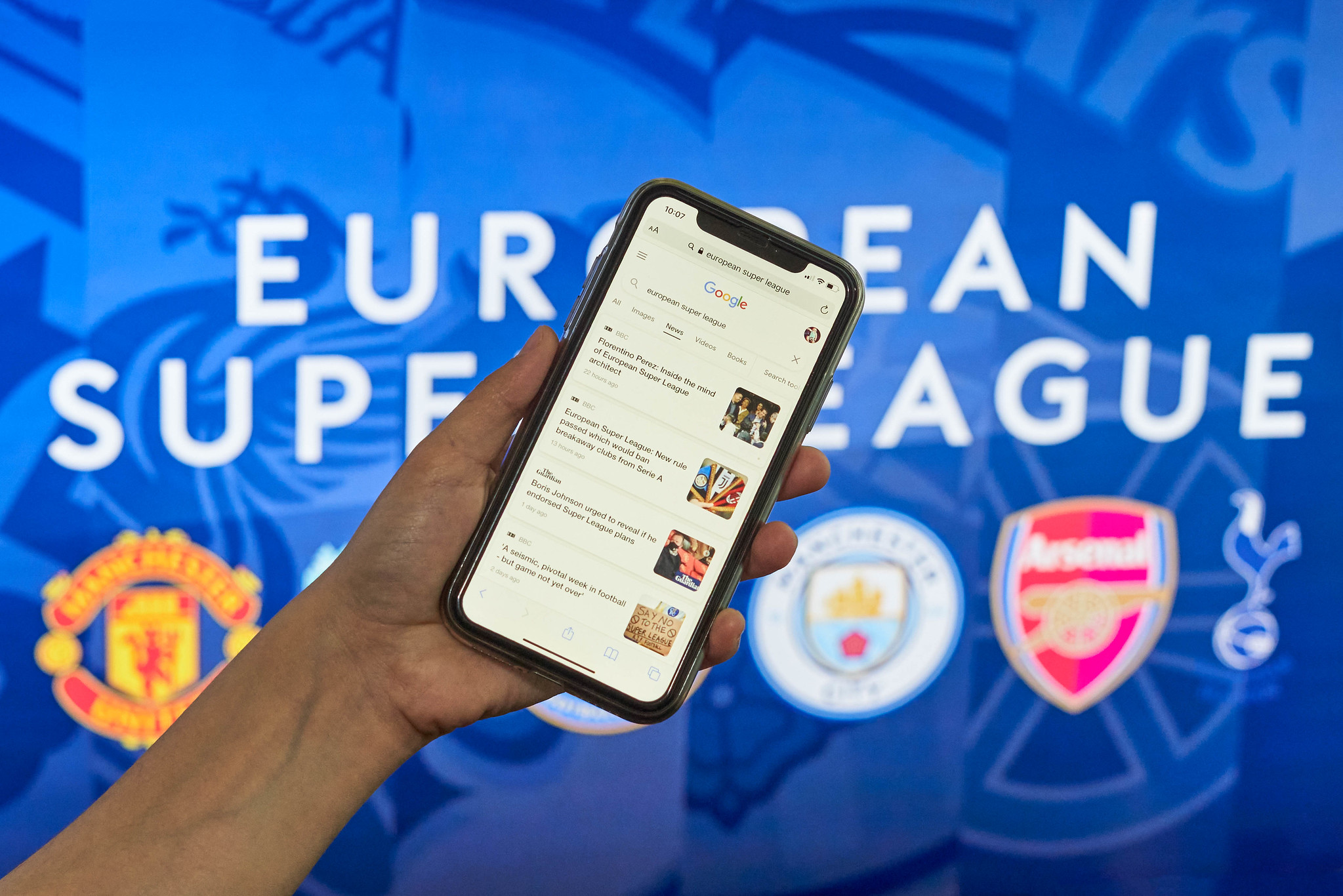 After a year when football fans have been notable by their absence inside empty, soulless stadia due to the Covid-19 pandemic, there was hope they might be valued more on their return.

Instead, this week’s controversial announcement of a breakaway European Super League, that would include six Premier League clubs among its 12 founding members, was described by UEFA president Aleksander Ceferin as a “disgraceful, self-serving plan” and “a spit in the face of football lovers.”

Amid the tumultuous fallout of a proposal that would see Arsenal, Chelsea, Liverpool, Manchester City, Manchester United and Tottenham joined by clubs from Spain and Italy to form a closed league with a binding 23-year agreement to prevent promotion or relegation, one of multiple leaks from what ultimately became a sinking ship, described domestic football supporters as “legacy fans.” Prompting outrage, the suggestion was that traditional home-based support should now play second fiddle to an overseas fanbase or “the fans of the future”, as BBC Sport reported.

It is no secret that those clubs agitating to form a football cartel have become increasingly concerned at the levelling of domestic broadcast rights and recognise the untapped potential of global markets.

Indeed, it was a decade ago when then Liverpool FC managing director Ian Ayre suggested that viewers in Kuala Lumpur were not subscribing to watch Bolton and that those clubs with greater global appeal should receive a larger share of the equitably distributed international TV money.

That is ultimately what the ESL was all about, maximising profits through global expansion with like-minded invitation only clubs. But at what cost? The gross under-estimation of a backlash that effectively killed the plan within 72 hours has served to highlight another sorry episode in a long and turbulent history of tension between football supporters and club owners.

From ignoring the recommendation of the post-Hillsborough tragedy Taylor Report in 1989 for clubs to curb ticket prices, to sanctioning a dubious fit and proper persons test that has led to a multitude of takeovers from investors with suspect motives, English football’s self-governed disregard for fans has too often left little to be desired.

Meeting with supporters this week, Prime Minister Boris Johnson insisted: “The clubs involved must answer to their fans and the wider footballing community before taking any further steps.”

And yet we’ve been here before. The political mood towards football has softened somewhat since the disaster plagued 1980’s when supporters were collectively labelled as “the English disease.”

Still, the introduction of a Labour inspired Football Task Force in 1997, to reportedly “give fans a fair deal”, came at a time when ticket prices were rising exponentially above the rate of inflation, prompting concerns of fans being priced out of the game. On the Premier League’s twentieth anniversary the cost of the cheapest ticket at Old Trafford had risen by 700 percent. At Arsenal the comparative figure was 920 percent.

We have seen ticket price freezes and the ‘Twenty’s Plenty’ campaign capping away tickets at £30 in recent years, but many would say the horse has long since bolted.

Arguably one of the few lasting legacies of the Task Force is Supporters Direct – amalgamated into the Football Supporter’s Association – a cross-party supported group that has helped establish over 200 supporters trusts to provide greater accountability with fans involved in the running of clubs.

Fan input to club administration and even a seat in the boardroom have been suggested in the wake of the ESL debacle. The reality, however, is the sums now required to own a so-called ‘Big Six’ club are far beyond the reach of supporters groups, hence the summit of the Premier League resembling a multi-national billionaire’s playground.

Responding to the “greed” of “unscrupulous owners”, the FSA were quick to point to numerous government led reviews, most of which have gone “ignored or diluted.”

With trademark bluster and ambiguity, Boris Johnson promised to “drop a legislative bomb” to thwart the ESL. Whatever that would have entailed is unlikely to be required now all six English clubs have withdrawn. Nonetheless, the prime minister is said to be keen to continue working with supporters groups to reform football and prevent similar moves in future.

One idea is for an independent regulator to have overarching powers to keep renegade clubs in check. Another potential option could be the introduction of ‘golden shares’, providing fans groups the power of veto over board decisions.

The FSA and others have highlighted Germany’s ‘50+1’ model that requires fan ownership of a minimum of 51 percent of shares. This explains why the ESL was a non-starter for the likes of Bundesliga giants Bayern Munich and Borussia Dortmund, whose absence from the ‘dirty dozen’ were noted. How this would be financed, with some of England’s top clubs now valued in the billions, is unclear.

Whatever measures are put in place, if steps are taken to give supporters more say in how clubs are run, then perhaps Real Madrid president Florentino Perez had a point when he claimed the ESL was being created to “save football”.

Paradoxically, the short-lived European Super League could well have fans at the heart of its legacy.

*A version of this article has been published by The Conversation