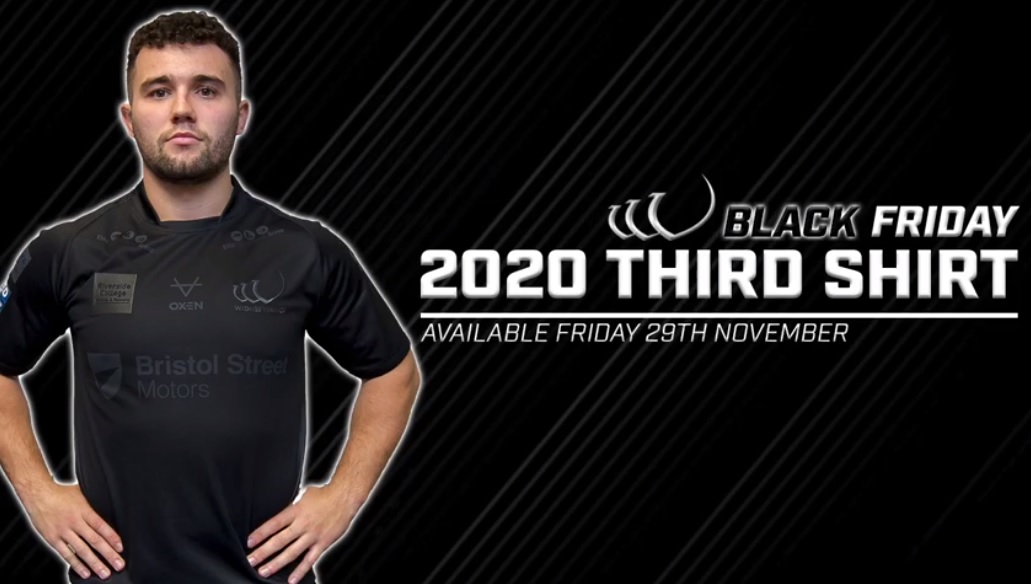 Widnes Vikings have had a turbulent time on and off the pitch in recent years. Super League relegation in 2018 and the spiral to inevitable financial administration were consequential of each other. Needless to say, budgets are now tight in all aspects of the recovering Betfred Championship club.

So when The Vikings were set to unveil their new third kit for the forthcoming 2020 season, creativity had to be balanced with cost-effectiveness. This is where the ingenuity of the club’s media and communications team came to the fore.

The stylish all black kit was launched on Black Friday (November 29) under the banner ‘Out of the Black, let the new era begin.’ Given the club’s plight, it is a fitting slogan.

Underpinning the kit launch were Widnes’ social and digital platforms where a unique 90 second video was hosted to engage fans across twitter, Facebook, Instagram, YouTube and on the club’s website. The launch was also promoted via the RFL’s OurLeague app, an incentivised digital domain that directly impacts Widnes’ Return on Investment funding through subscriptions.

By tapping into the Chemics’ rich history as well as the town’s prominent industrial heritage, edited archive footage with a specially composed poem narrated over, the Out of the Black social video set out to pull in supporters through emotional attachment. The comments and reaction from fans would confirm it a resounding success.

Just wow! Superb, always been a proud Widnes lad, you just raised that pride to a whole new level, 👏👏👏 shirts not too shabby either 😂😂😂 be in for mine later

It is an excellent example of how sports clubs on limited budgets can use social digital storytelling to capitalise on fan engagement but, crucially here, do so with authenticity.

“At Widnes Vikings we’re trying our best to be as innovative as possible, and a shirt of this kind breaks new ground as it’s never been done before,” explained club media and communications officer, Sean Hayes, who helped produce the digital campaign.

“The key to making our ideas come alive is building the correct narrative, one which our supporters can relate to and get behind.”

Supporter feedback on social media has been very positive. At the time of writing, the social video had attracted over 20,000 views on twitter and more than 16,000 views on Facebook with praise from fans of rival clubs and purchase requests from as far afield as Australia.

“We wanted to showcase the town’s industrial past and also pay homage to some of Widnes’ greatest homegrown talents,” said Hayes.

“Despite the negative viewpoint some people have when it comes to Widnes, the whole nation has benefitted from the industrial products that have come from the town. As a rugby league club we have also produced players that have gone on to help both our country and Great Britain to success.

“We felt this was a perfect opportunity to marry this theme with the design of the kit, and have ultimately drawn upon the strong emotions of pride that the people of Widnes have when it comes to their heritage.”

Club CEO Phil Finney played a pivotal role coming up with the campaign’s initial ideas, and former club employee John Hughes wrote the majority of the poem. It was then up to Hayes and head of media and communications Sam Whyte to bring it to life. Pulling in club commercial director Dave ‘Mr Widnes’ Rolt to narrate the poem proved a masterstroke.

“We wanted something that would reach our supporters on an emotional level, and restore their pride in the town and our great rugby league club,” said Hayes.

“Out of the Black, let the new era begin’ felt like a powerful ending as there have been some dark times of late, however we are embracing the position that the club is in and we’re now building towards a much brighter future.”

Added Hayes: “The video has gone down brilliantly. As intended, we managed to capture the right emotions and reactions, and the responses on all social media platforms backed that up.

“Even those who may not have been too keen on the design of the shirt bought into the authenticity of the video and what we were trying to achieve with the campaign as a whole.”

The word authenticity is key here. From start to finish, the campaign has been derived and produced by those who understand the club and its supporters to help drive engagement. It is also a lesson in economic efficiency in that social-digital storytelling doesn’t have to break the bank to be successful.

“We’re not in a position to throw money at our campaigns like other teams in the sport,” explained Hayes.

“We work with what we have, and try our best to utilise our social platforms, while relying on our ability to create a narrative that resonates with our supporters.

“Everyone who works for and represents Widnes Vikings is doing all they can to make this club successful once again, and that’s because of how important the club is to everyone here.

“That’s our greatest attribute, and the reason this piece of work feels so authentic is because it genuinely is. Everyone involved is proud of this town and this club, and all the emotions our supporters felt when watching it are the same emotions we put into creating this piece of work.”