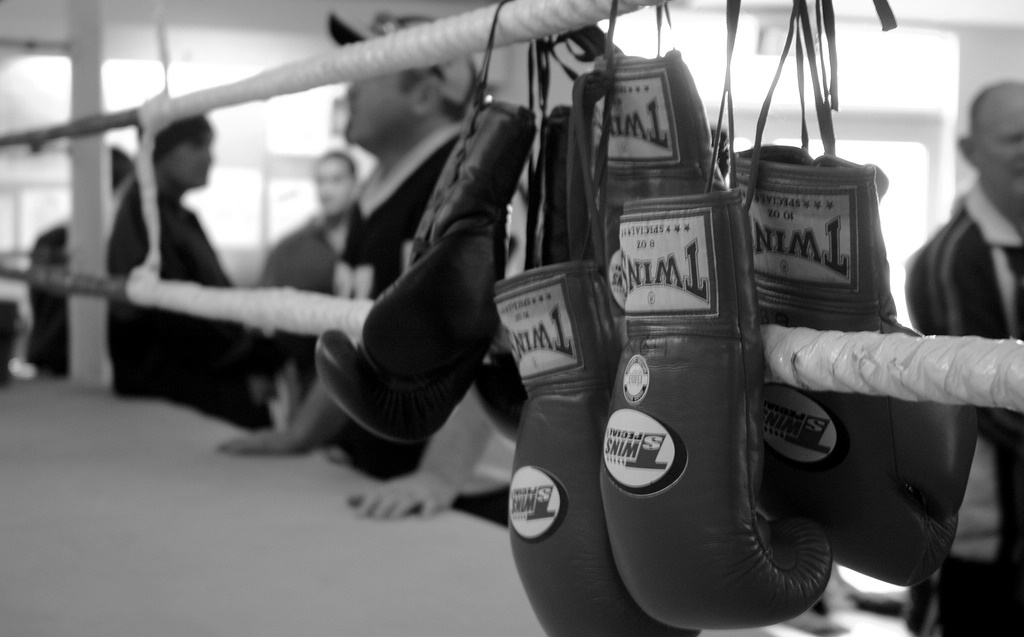 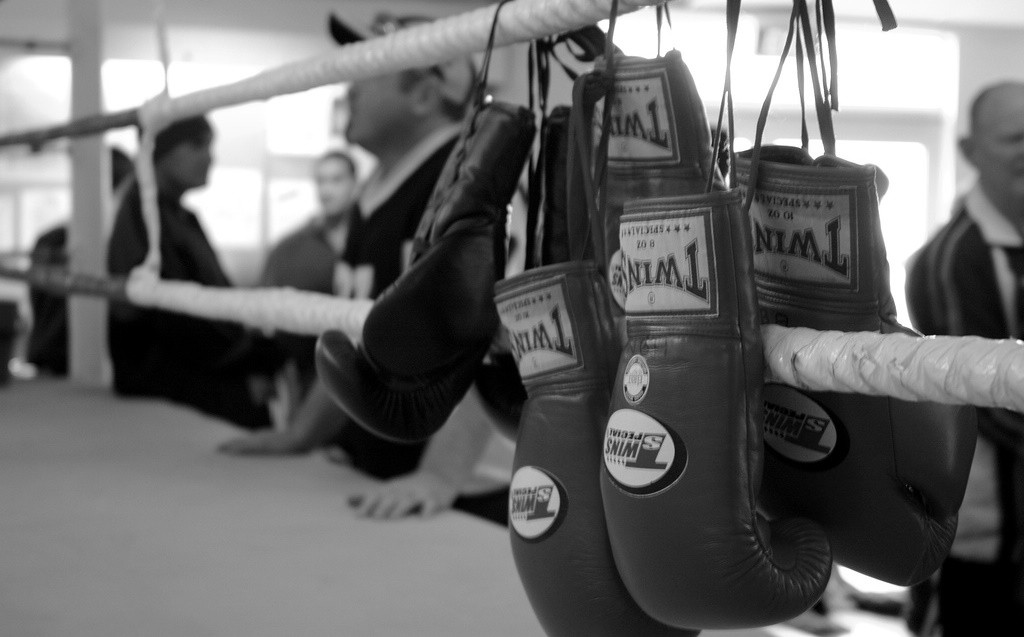 It will be interesting to see the seating plan for the BBC Sports Personality of the Year awards.

While steps will be taken to keep Tyson Fury away from Jessica Ennis-Hill, it may also be wise to put Greg Rutherford at the opposite end of the room to the recently crowned heavyweight champion of the world.

It was Fury’s sexist comments about Ennis-Hill, combined with his forthright views aligning homosexuality and pedophilia, that riled Rutherford enough for the Olympic long jump champion to withdraw from the SPOTY 2015 running before changing his mind.

Joining the chorus of condemnation for Fury are Northern Ireland’s largest gay rights group the Rainbow Project, who this week labeled his comments as ‘extremely callous’ and ‘erroneous’.

In response to Fury’s insistence that a woman’s place is ‘in the kitchen or on her back’, feminist group Fight4Equality has blasted the self-titled Gypsy King’s ‘neanderthal worldview’ insisting Fury ‘should not be feted as a role model for young people.’

Both groups will be joined by other LGBT campaigners outside Belfast’s SSE Arena on Sunday evening to picket the BBC, angry that the show will go on despite vocal public opposition to Fury’s involvement.

Inside the venue, all eyes will be on the divisive 6ft 9in pugilist as his presence assumes more interest than the destination of the SPOTY gong.

All of this could have been avoided.

Indeed, had Wladimir Klitschko turned up at the Esprit Arena and made a 24th successful world title defence, the Fury furore would have fizzled out.

Like one of Klitschko’s rare and labored shots that night, the BBC should have seen this coming.

The offending interview with the Mail on Sunday’s chief sportswriter, Oliver Holt, was actually published three weeks prior to the Dusseldorf contest.

There were ripples of reaction at the time. But, wrapped up with Fury’s Batman press conference antics and penchant to break into song at open training sessions, there was a sense his controversial comments – no matter how misguided – were part of the pre-fight hype; just another mechanism to grab headlines and distract an opponent renowned for an impenetrable approach to prizefighting.

Yes, there were headlines at the time condemning Fury’s thoughts, but nothing like the amount generated since he was added to the SPOTY shortlist – a kneejerk late addition alongside Andy Murray after a weekend that saw the Manchester fighter become only Britain’s fifth bona fide heavyweight world champion and Great Britain win the Davis Cup for the first time in 79 years.

There was also the consensus that Fury would lose to Klitschko and disappear back to, in global terms, relative obscurity.

Had Fury not ignored the script to end Klitschko’s nine-year reign, his biblical ramblings and other opining would have been consigned to history by now, a forgettable footnote for a sport accustomed to pulling its reputation off the ropes.

Indeed, while Fury’s achievements in the ring have helped elevate him and British boxing to new heights, his public persona has dragged the sport back into the gutter for those who now see him as a figurehead for the noble art.

And therein lies boxing’s dilemma. Fury’s views are just that. His own. They are nothing to do with the sport and should not serve as a reflection of it. Like Donald Trump, Katie Hopkins and others of a certain public standing who decide to inflict their pearls of wisdom on the world, Fury is perfectly entitled to his opinions.

Calls for Fury to be axed from SPOTY for saying Ennis-Hill 'looks quite fit in a dress'https://t.co/ho2xD7JIXx pic.twitter.com/pLr0sEx52L

However, he has now learned the hard way that extreme cultural and religious beliefs have no place in sports’ very public and very social, media arena. Ask Glenn Hoddle.

The BBC’s response this week to mounting pressure at the decision to proceed with Fury cites sporting reasons for his inclusion on the SPOTY shortlist.

“He’s been put on that list because of his sporting prowess,” said Director General Tony Hall.

“It’s now up to the people to judge whether he should become Sports Personality of the Year.”

It appears the public has already cast its vote by way of a petition that has passed 130,000 signatories calling for Fury’s removal from the competition.

Indeed, the 27-year-old could well be the equivalent of a UK Eurovision Song Contest entry come Sunday night.

But not everybody sees it this way.

Amid the sprinkling of abuse on Fury’s twitter feed is plenty of support from fans who would like nothing more than to see him named BBC Sports Personality of the Year 2015.

Having looked at the list only one person deserves #spoty2015 and that's the gypsy king! @Tyson_Fury

Echoing Hall’s sentiments, Max Whitlock, a triple medalist at October’s World Gymnastics Championships, is happy to share a stage with his fellow SPOTY nominee stating all athletes on the list are ‘there for a reason — for the achievements they’ve managed that year.’

Added Whitlock: ‘Based on results, he deserves to be there.’

That being the case, we’re presented with a further flaw in the SPOTY independent panel’s decision-making process.

There is no doubting the significance of Fury’s achievement to wrest the WBA, IBF and WBO belts from Klitschko – no mean feat on foreign soil, so the cliché goes – but he is far from British boxing’s only success story on the world stage this year.

While it can be argued the world heavyweight division is in a parlous state, Britain’s boxers are enjoying a golden period with no fewer than 11 current world champions.

Among them is Anthony Crolla. Exactly a year ago this week, the Manchester lightweight was lying in a hospital bed with a fractured skull and broken ankle after being hit over the head with a concrete slab when he confronted burglars at a neighbour’s house.

His world title fight with Cuban Richar Abril scheduled for the January was instantly scrapped and, with it, his dream of becoming a world champion. It was a devastating blow for Crolla. Of much greater concern was whether he would ever box again.

In what has been described by boxing promoter Eddie Hearn as the ‘sport story of the year’, Crolla is now the WBA world champion. He stopped Colombian Darleys Perez inside five rounds in November; a rematch following a cruel and dubious points draw four months earlier.

Had the SPOTY panel recognised Crolla’s extraordinary triumph from adversity, there would have been no complaints.

It says plenty about boxing’s place in the general British sports landscape when someone like Crolla can be overlooked. That, of course, is if SPOTY is an accurate barometer of British sports fans.

Either way, if Fury’s inclusion on the shortlist was an afterthought, it appears the rest of boxing didn’t warrant any thought at all. We should be careful what we wish for.

* A version of this article was also published by Vice Sports.