With the Euro 2016 draw completed, we now know who of the 24 teams will play who at UEFA’s extended party in France next summer. Gibraltar will not be among them. But we knew that long before the ‘country’ took part in its first qualifying campaign. As Gibraltar manager Jeff Wood explains, The Rock still has several mountains to climb… 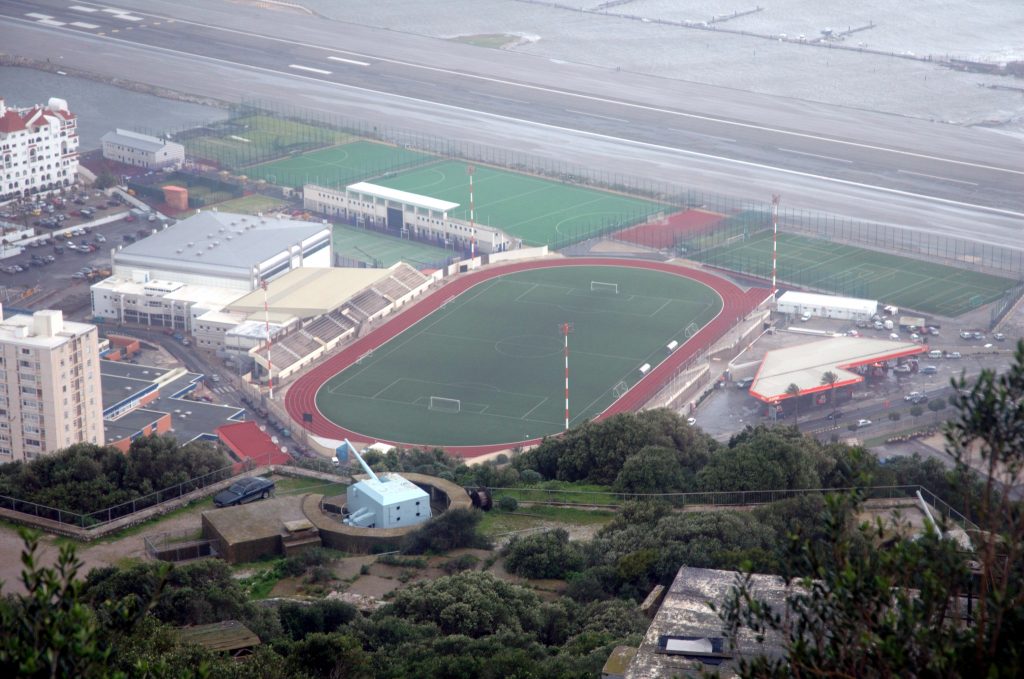 WHEN Gibraltar shipped four and eight goals respectively to the Republic of Ireland and Poland in Euro 2016 qualification, the Group D whipping boys had a clear disadvantage.

Indeed, as UEFA’s newest member following a successful appeal to the Court of Arbitration for Sport in the wake of stern opposition from neighbouring Spain, Gibraltar’s drawbacks were plentiful.

With a population of around 32,000, the British overseas territory assumed San Marino’s mantle as the smallest UEFA nation when membership was eventually granted in 2013. It now also boasts what for San Marino had become a perennial and ignominious title as the worst performing team in European Championship qualifying.

As uphill tasks go, getting anything from Group D was more Everest than the rock that dominates Gibraltar’s skyline.

And with the visit of Martin O’Neill’s side and a tricky trip to Warsaw looming, a delay to the start of Gibraltar’s domestic season didn’t help an already desperate cause.

Throughout September, the government owned Victoria Stadium – the only stadium in Gibraltar that, as a consequence, hosts every top flight league game – was needed for non-footballing purposes. The other full-size pitch in Gibraltar is owned by the Ministry of Defence.

“Believe it or not, the league season was delayed by a month due to a music concert held at the stadium and then a dog show,” chuckles national team manager, Jeff Wood.

The absurdity of playing second fiddle to a pack of pampered poodles, you sense, is not lost on Wood.

“When we played Ireland and Poland, our guys hadn’t played a single league game,” he continues.

“The Poles and the Irish had played five or six league games already.

“In pre-season you would look to accumulate 500 minutes on the pitch. Our top player was at 225 minutes going into the Ireland game. We were very under-prepared.

“Football in Gibraltar has taken massive strides forward in recent years with UEFA recognition and Champions League and Europa League qualifiers. But we’re still miles behind in our preparations for the domestic season.”

Dog lovers will point out it was the Gibraltar International Dog Show with esteemed Crufts 2016 qualification up for grabs. At least ‘The Rock’ will be represented on one big stage next year.

A dismal inaugural qualifying campaign that saw just two goals scored, 56 conceded and no points on the table means that stage will not be France. 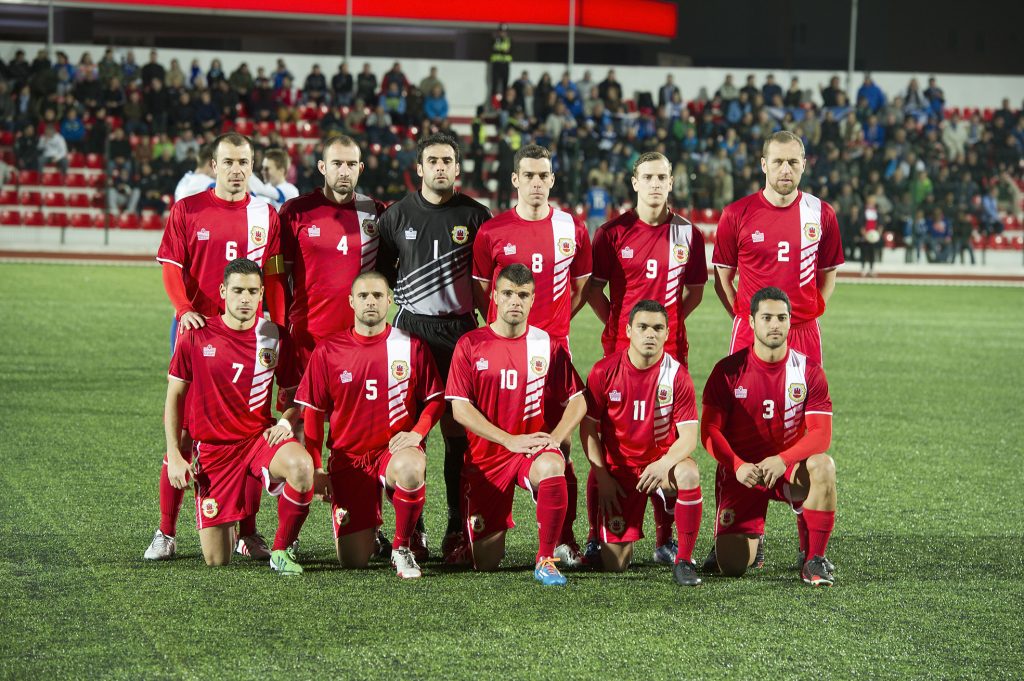 But given that Group D was won by current world champions Germany, who pipped a Robert Lewandowski-powered Poland into second place, a touch of perspective is required here.

If you pit a team of largely part-timers against the Mullers, Ozils and Goetzes of this world, there’s likely to be one outcome.

Nonetheless, Wood stuck to his principles and refused to park the bus. This cavalier approach made little difference, though.

“We tried to change the philosophy and cause teams problems rather than just putting 10 people behind the ball,” reflects the 61-year-old.

“To be fair, they were losing by six and seven goals by simply trying to defend before I came in.

“I recall [Giovanni] Trapattoni once saying ‘you can be tactically correct but technically poor.’ When you’re up against the best players in Europe, those players are always going to cause you problems.

“It doesn’t really matter how you set up to defend it. Those better players are always going to find a way through.

“Because they play in the top leagues in Europe, the movement, the pace, the touch of those players is phenomenal.”

Prior to Wood’s arrival from a coaching role with Wales U19s and U21s, a 4-0 defeat in Nuremburg to a Joachim Low side that, just four months earlier, had obliterated Brazil 7-1 in Belo Horizonte felt akin to a victory for Gibraltarians.

The same cannot be said of the 0-7 reverse to the Germans; a scoreline more in keeping with 8-1 and 0-6 hammerings by Poland and Scotland respectively.

Wisely, Wood looks beyond the goals against column, preferring instead to find areas of improvement.

“We’ve made progress in every game,” he insists.

“We’ve brought in some younger players like Jamie Coombes and Erin Barnett, who have both played at full international level.

“We have to start building a philosophy for the future around these younger players. The guys that are there now have done an absolutely fantastic job. They were playing when there was no money around and they weren’t in UEFA.

“They are what Gibraltar football is all about but we need to prepare for that next stage, starting now by integrating the young players into the squad.”

This integration, says Wood, has to include a better standard of regular football for Gibraltar’s next generation of players when the inevitable occurs.

“When they get to 18 and 19 many of our younger players go to university in the UK. We lose them for two or three years,” he explains.

“The plan now is to get them into clubs in the UK so they can play at a decent level instead of just on a Wednesday afternoon followed by a few beers.”

Wood’s biggest challenge is to make Gibraltar competitive. To do so he says he has to change the culture and philosophy of those who aspire to wear the red shirt.

“The Lincoln Red Imps have won the league for the last 12 years on the spin. They win it at a stroll. They don’t get challenged,” says Wood, who made just shy of 150 appearances for Charlton from the mid-1970’s and was Steve Gritt’s assistant at Brighton & Hove Albion before briefly taking the reins at the Withdean following Brian Horton’s departure in 1999.

“The basis of our national team is made up of Lincoln’s players. When they come up against a team that causes them problems, it’s not something they’re used to.” 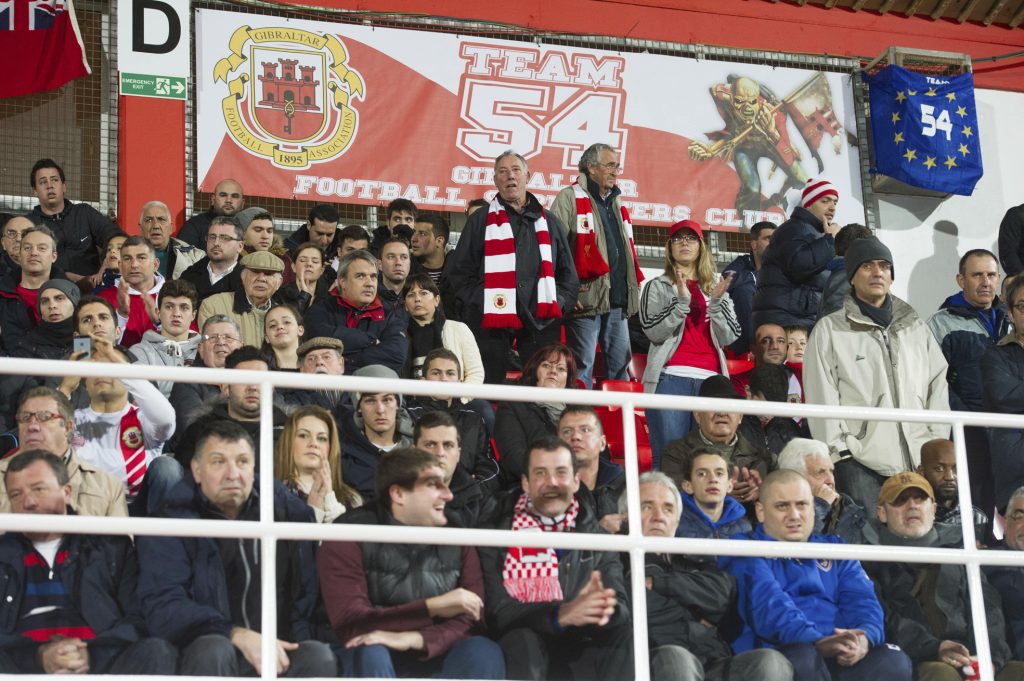 Gibraltar’s appeal to the Court of Arbitration for Sport (CAS) over FIFA’s refusal to grant membership has stalled. The case was heard on 21 May 2015, a week before FIFA Congress that approves new members. As of December 2015 there had been no decision made by CAS due to ‘further legal arguments’ waiting to be heard. In the meantime, Gibraltar remain unable to compete in FIFA sanctioned competition, including World Cup qualifying matches. The World Cup 2018 qualifying draw was made on July 25 meaning Gibraltar would now have to wait until 2022 World Cup qualifying at the earliest. Sepp Blatter initially rejected Gibraltar’s application in September 2014 because the British overseas territory was not an independent country as required by the governing body’s statutes. This, said the Gibraltar FA, was despite FIFA including 22 members who are not classed as independent countries. Spain has been a vociferous opponent to Gibraltar’s quest for independent status in a political struggle that harks back over 300 years to when Spain ceded the region to Great Britain. Spain had previously threatened to withdraw all of its teams from UEFA competitions when Gibraltar submitted a second application for UEFA membership in 2007. The two teams were intentionally kept apart when the Euro 2016 qualifying group draw was made.

The day before Wayne Rooney became England’s top international scorer, Jake Gosling did likewise for Gibraltar. By contrast to Rooney’s 50 strikes that saw him pass Sir Bobby Charlton’s longstanding record, the Bristol Rovers midfielder’s consolation in the 8-1 defeat to Poland was just his second international goal.

Gosling was welcomed back to the Memorial Ground by his teammates with a makeshift football shirt with the number 2 scrawled on the back with what appears to be a child’s felt-tip pen. Continuing the parody of Rooney’s post-match address, Gosling then delivered a speech to the chuckling dressing room.

Self-deprecation aside, Gosling’s 15 seconds of fame juxtaposed with Rooney’s coronation provided an insight to the stark contrasts present in international football.

Of the players listed in Gibraltar’s current squad only Gosling and Scott Wiseman (Scunthorpe) play at a professional level. Defender David Artell is now with Welsh Premier League side Bala FC after a career that has taken in several Football League sides including Rotherham, Mansfield and Crewe. At 34, his best days are behind him.

“If we can get them out at 17 or 18, the quality is there for some of them to be playing, certainly at Conference and lower Football League level.

“I’ve just sent one of our young goalkeepers, Dale Coley, to Sheffield United where he’s done really well. He’s at university in Leeds so won’t get a full-time contract, but the plan is to get him playing at Conference North or Northern Premier League level and let him train with United.

“Then we’ve got Erin [Barnett] at university in Chichester so we’ve placed him with Bognor Regis in the Ryman Premier League. It’s about keeping them playing at a competitive level when they’re away.” 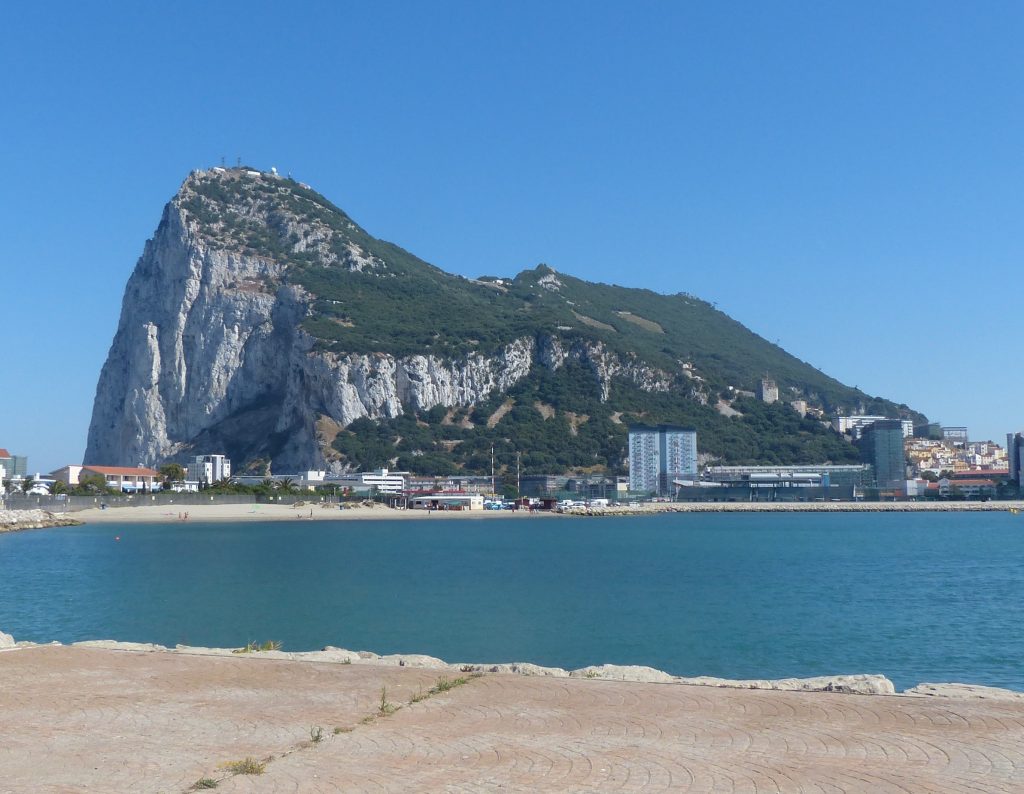 While they await a decision on another appeal to the Court of Arbitration for Sport, this time disputing FIFA’s refusal to recognise Gibraltar as an independent country and hence preventing them from entering World Cup qualification, Wood must rely on UEFA’s sporadic schedule to put his theories into practice.

“We need more competitive games as a team,” he says. “There will be a gap now before the next UEFA date so we won’t see the players. We need more continuity, to play as many games as possible.

“We knew at Wales that when our U21’s got together, those guys had been at Liverpool, Fulham and so on. We knew they were in condition. A lot of our players are still part-timers – customs officers, firemen, lawyers – that restricts the time we have to do fitness and preparation work.”

This would provide a much needed training facility and venue to meet UEFA’s category 4 criteria, allowing Gibraltar to host qualifying matches instead of making the 300-mile, eight hour round trip to Portugal’s Estadio Algarve in Faro for ‘home’ games.

It was here where Gibraltar played its first competitive international match under UEFA auspices; a goalless draw against a Slovakia XI. Just 500 Gibraltarians made the arduous journey.

Just an hour’s drive west on the Andalucian coast is the 25,000 capacity Ramon de Carranza, home to Spanish third tier side CF Cadiz. It would make sense for Gibraltar to play here for the time being but, of course, this venue is strictly off limits. All of this further underlines the need for the Gibraltar national team to have a home of its own – a dog-free zone at which international football can start to take the lead.