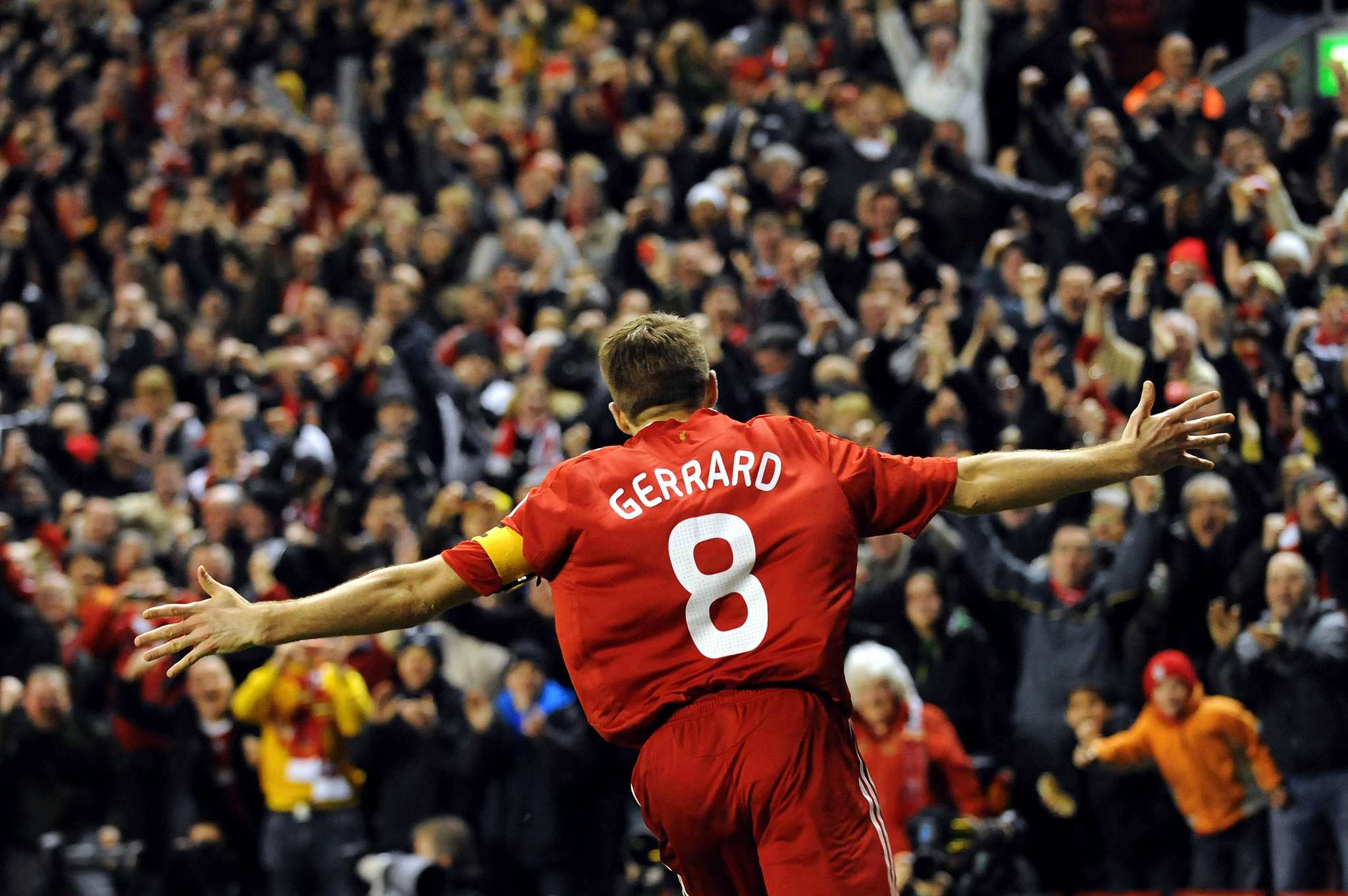 This was an exclusive sit down interview with then Liverpool manager Rafael Benitez to mark Steven Gerrard’s 500th game for the club. It was written as a ‘set and hold’ to be released in the Liverpool Echo on the eve of the game. Benitez was renowned for not heaping praise on his players, something I was acutely aware of going into the interview. I recall trying to steer the Spaniard toward a top line that Gerrard is the best player he’d ever worked with. When he stopped just short saying the midfielder is ‘one of the best players’ he had managed, we went with the complete midfielder angle instead!

IF you had to condense Steven Gerrard’s Liverpool career into a single game, there is one that sums it up perfectly.

A Premier League title triumph notwithstanding, the 2005 Champions League final will go down as the crowning moment of his illustrious contribution to the club’s history books.

It would be a fitting legacy given how it provided everything that has earned him the right to be spoken of among the greats of the game.

From his breathtaking header to drag Liverpool back into the match, to his drive and desire from the middle of the pitch before slotting in as an emergency right-back, his man of the match performance in the Ataturk Stadium was the story so far in microcosm.

Without him, Rafael Benitez knows he may still be waiting to get his hands on European football’s most coveted trophy.

“I have seen the final once or twice since,” smiles Benitez.

“It was amazing. Gerrard’s role within the way that we won was crucial. He scored a fantastic goal but also his workrate and the quality he showed was incredible.

“That’s what you get from him.”

As Gerrard stands on the threshold of his 500th game for Liverpool tomorrow, his manager pays a glowing tribute to him today.

“To play 500 games is a massive achievement for any player, especially at the same club.

“He has reached this stage by showing the same passion and commitment for many years.

“Steven is a key player for us, the kind of player that can make a difference in a game.

“We have some important players but Stevie is one of those that, when he is playing well, the team can win any game. It doesn’t matter if the other players aren’t playing well, he can win a game for you with one special moment.”

From Istanbul, fast forward 12 months to Cardiff and the FA Cup final against West Ham.

Once again, it was Gerrard who grabbed the game by the scruff of the neck, firing another incredible goal to take the game into extra-time before Liverpool triumphed on penalties.

“One hundred per cent, Steven is capable of doing this for you,” says Benitez.

“But you cannot win trophies with just one player. You need a team behind that player. But if you have a good team, players like Gerrard can make the difference.

“He’s set very high standards but, of course, cannot play at the same level all the time. That is why he needs the team to be playing well with him.

“But by putting other good players around him he can be the best and you can be sure of winning more games.”

Since his debut in 1998 – ironically against Saturday’s opponents Blackburn – there are countless other occasions when Gerrard’s influence has been the difference between success or failure for Liverpool.

Benitez has benefited from the indomitable midfielder’s presence for more than five of those 11 years, overseeing Gerrard’s development from up-and-coming star to absolute world-beater during that time.

“I knew all about him before I came here because Valencia had faced Liverpool in the Champions League and then again in a pre-season friendly at Anfield.

“I had some reports and heard he was a very good player.

“When I eventually came to Liverpool he was one of the players I knew could help us.

“If you have quality in your players you know as a manager that you can do more with them. You can always improve players but it’s not always easy when they are already at a very good level.

“Stevie was one of those players but I think he is better now because he has been learning for years. He has learned under different managers but for the past five years we have been talking a lot about different parts of his game and how he could improve. He has always been willing to learn.

“He is always learning and knows the game much better now than when I first came to the club.

“Also, he is more mature now and can play in many positions because he is intelligent.

“He is very difficult to play against. Stevie can also play on the left or the right as he has for England.

“We even saw him at right-back in Istanbul when we needed to stop Serginho. Again, he played well and we could still see him going forward trying to win the game.”

For the past two seasons, Benitez has converted Gerrard from a central to attacking midfielder. He has also used the number eight on the right and claims it is Gerrard’s versatility that makes him so valuable.

Adds Benitez: “When everyone was saying he should be in central midfield, Stevie scored 20-plus goals as a right-midfielder. He has then gone on to score 21 and 24 goals in consecutive seasons as a second striker, whereas his best total from central midfield was around 13.

“He has learned that he can now be very dangerous playing a little further up the pitch. When he gets forward into the box he is almost unstoppable.

“This is just one of his strengths. He can also score goals from outside the box and is dangerous at set-pieces with a good delivery, plus he is a good tackler. In that sense, he is the complete midfielder.”