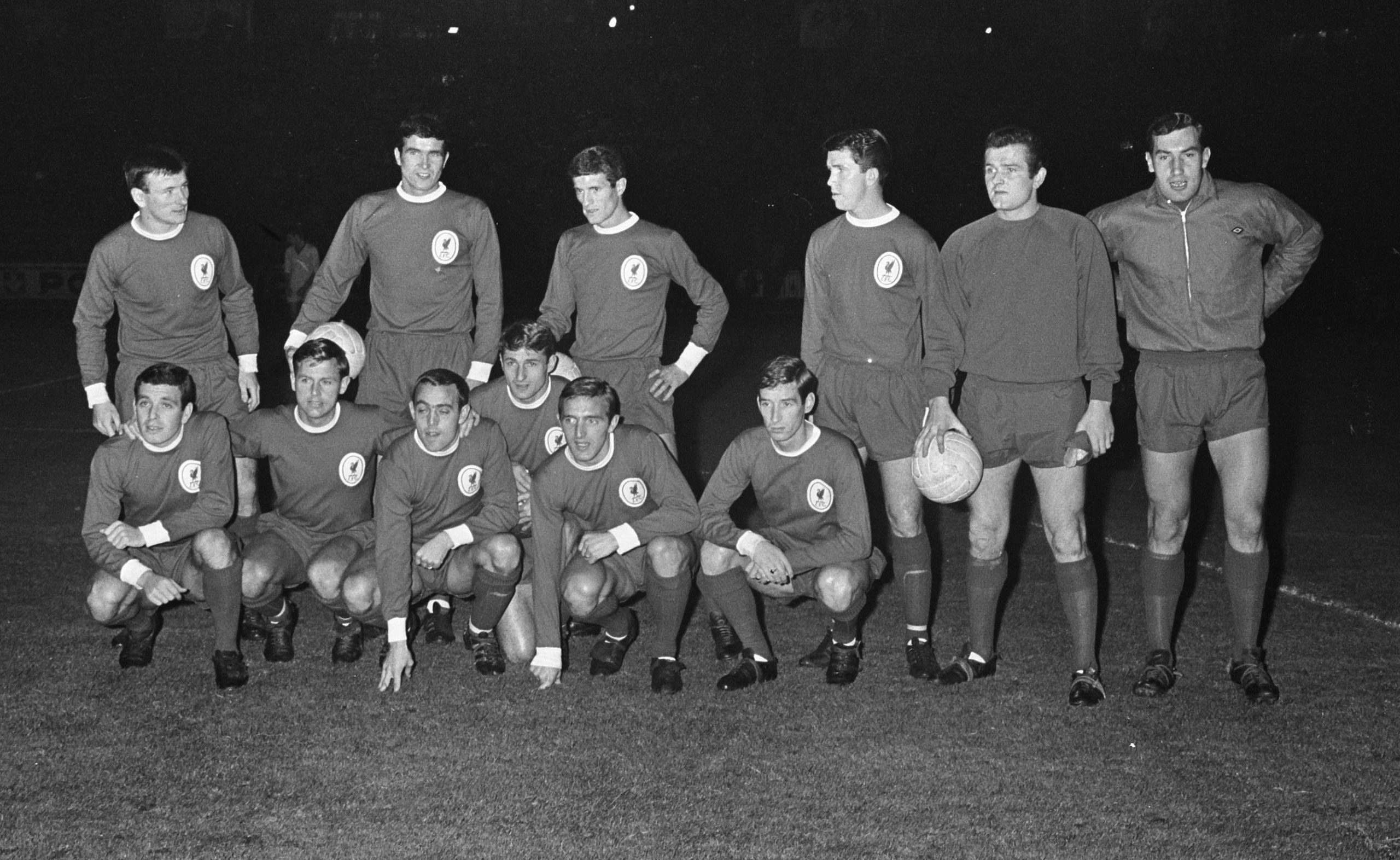 Following Tommy Smith’s passing this week, I recalled an interview I conducted with the former Liverpool captain for a series in the Liverpool Echo: The Mersey Hardmen.

I met Tommy on many occasions, in the press room at Anfield or when he came into the office. But it is this interview that captures what he was about on the football pitch, where he forged a notorious reputation as one of the toughest tacklers the English game has seen.

WE all have our preferences in football. Whether it’s the teams we support or style of play and formations, the game will always divide opinion.

But amongst all of this skill and substance, everybody wants a hard man in their team.

From no-nonsense tackling to courageous leadership, both Everton and Liverpool have fielded their fair share of tough guys over the years.

Dixie Dean displayed remarkable powers of recovery to score an incredible 60 goals in a single season despite being told he may never play again after fracturing his skull and jaw in a motorcycle accident.

Gerry Byrne defied medical logic when he played through the pain barrier to complete 120 minutes in the 1965 FA Cup final with a broken collarbone.

Then there are those with fearsome reputations. For Tommy Smith and Graeme Souness read Pat Van Den Hauwe and Duncan Ferguson.

In a five-part series featuring exclusive interviews, we will provide a revealing insight into some of the most fearless characters to have played the game…

WHEN The Times compiled a list of Football’s 50 greatest hard men a few years ago, Tommy Smith was the only Liverpool player to make the top 10.

Coming in at number seven, the panel therefore placed Smith as the toughest player in the history of Liverpool Football Club.

Only a brave man would disagree.

In an era when football was a full-blooded contact sport, the kind of tackles Smith threw himself into would be considered grievous bodily harm by modern standards.

With a fearsome reputation among his peers, Smith held his own alongside other carved from granite contemporaries such as Nobby Stiles, Norman Hunter, Ron ‘Chopper’ Harris and Dave Mackay.

While Smith lists Hunter and Stiles among the toughest he played against, it was Tottenham and Scotland left-half Mackay who held the title of hardest player of his generation. That is until he went head-to-head with the Anfield Iron.

“We were playing down at Spurs when the ball fell free on our side of the pitch,” recalls Smith.

“It was a 50/50 and as always I put everything into it. As I came away with the ball I noticed Mackay was still on his backside. I didn’t think anything of it until I picked up the Sunday papers the next day.

“One of the headlines pictured the clash under the headline ‘The King is Dead. Long Live the King.”

After making his Reds debut in 1963 aged just 18, Smith went on to captain his boyhood club where he remained for the next 16 years winning four league titles, two European Cups, two UEFA Cups and two FA Cups.

That doesn’t happen by virtue of simply putting your foot in where it hurts.

“Public opinion of me is that I was a hard man,” he says. “Well, that’s true, but I would like to think there was much more to me than my reputation for crunching tackles.

“You don’t stay at a club like Liverpool for that long if all you do is go around kicking people.

“I was never the quickest on my feet but if I could get the ball by tackling people then I’d get it. It’s changed a bit now but tackling was as much a part of the game as passing or heading the ball.

“I never questioned my ability as a footballer. I was known for my tackling ability but to captain Liverpool there must have been more to my game. That was just one part of it. I’d like to think I could play a bit too.”

Reputations tend to precede footballers of this ilk and it was true that many players were intimidated by Smith. Some of this was his own doing and one story has it that he once handed Tottenham star Jimmy Greaves a piece of paper before a game. It was a menu from the local hospital.

“Yes, I had a mouth on me,” chuckles Smith. “If I could get one over on my opponent then I would. I remember before the 1974 FA Cup final having a word with Newcastle’s Malcolm Macdonald. I asked him which side of the Queen he’d like to sit.

“What do you mean?’ He asked. “Because that’s where you’ll be in a few minutes!’ I told him. He didn’t come near me after that.”

While Smith was never one to shirk a challenge, he also prides himself in that he played the game fairly.

Raised in the abrasive Everton Valley and Scotland Road areas of the city, he took the working class values of toughness and honesty on to the pitch.

Smith was only sent off twice in his career; once for Liverpool and later for Swansea.

“I was only booked about five times,” he says. “And that first sending off was for dissent. Phil Thompson was getting kicked to death on his debut so I was simply trying to protect him. The referee took exception to what I said and off I went.

“As for the one at Swansea, the linesman later told me it was his mistake before admitting he was an Evertonian!

“I never set out to hurt anybody though. I always went for the ball.”

More often than not he won it, leading to Bill Shankly famously stating: “Tommy Smith wasn’t born. He was quarried.”

While Bob Paisley later remarked: “Tommy doesn’t tackle opponents so much as break them down for resale as scrap!’

An uncompromising defender with nerves of steel, they didn’t break the mould when they made Tommy Smith. He did it himself with his own bare hands.