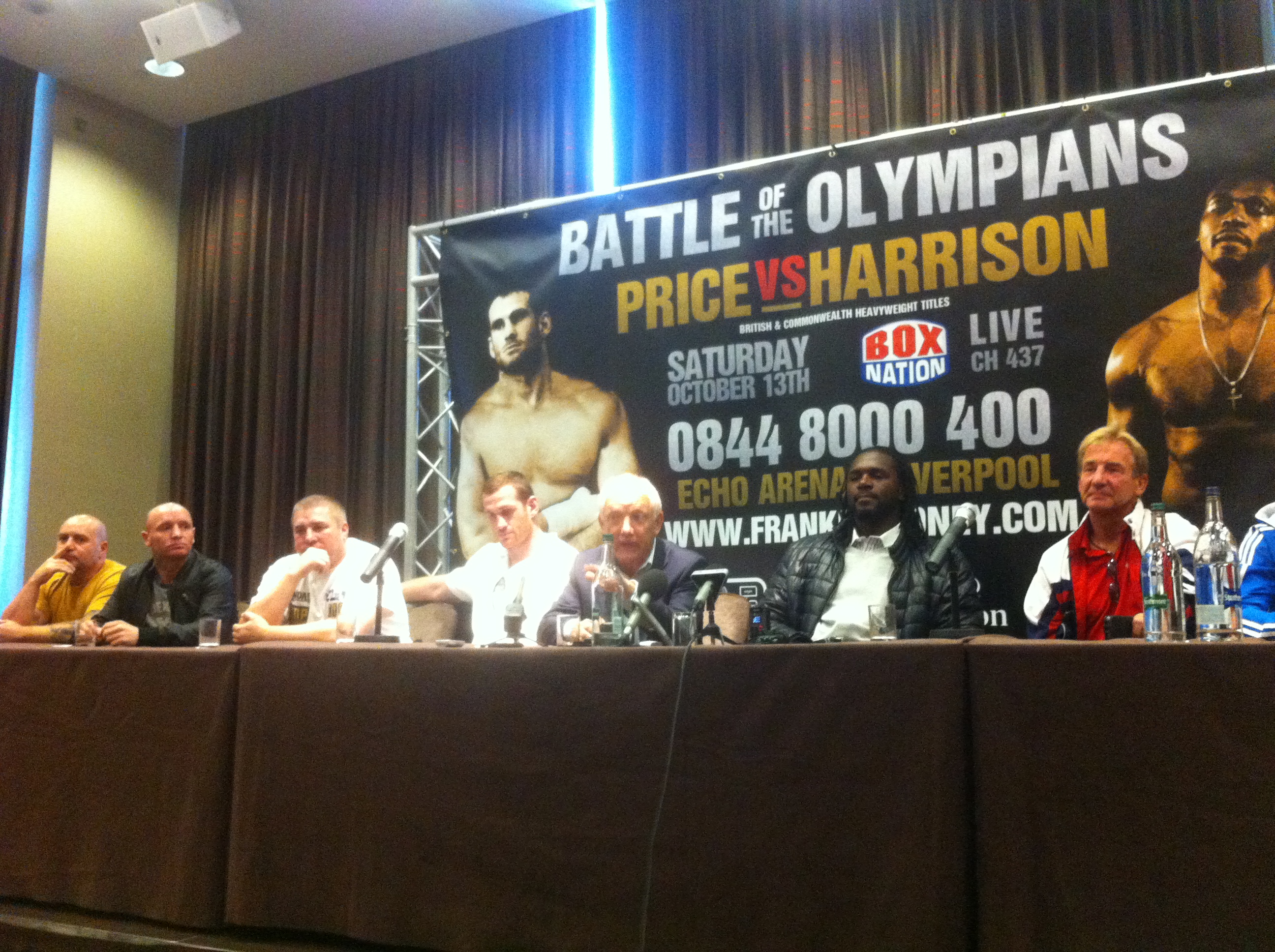 DAVID PRICE has revealed he ‘couldn’t care less’ about his Olympic medal as he sets his sights on a world heavyweight title.

The Beijing 2008 bronze medallist will defend his British and Commonwealth titles against Sydney 2000 superheavyweight champion Audley Harrison next month in a contest that is being billed ‘Battle of the Olympians.’

But while Harrison’s crowning moment in the ring is likely to be the gold he landed 12 years ago, Price is looking forward.

“I couldn’t give a damn about what happened (in Beijing). I’ll appreciate it when I’m retired and an old man, showing my grandkids my medal.

“But now, I couldn’t care less. I’m focusing solely on what’s in front of me and that is the path to the world heavyweight title. That hunger I’ve had since I turned pro is something that Audley probably didn’t have.”

The post-Olympics reception for both boxers was very different.

While a second round semi-final stoppage at the fists of experienced Italian and amateur nemesis Roberto Cammarelle – who lost his Olympic crown to Team GB’s Anthony Joshua in last month’s 91+kg final – raised questions about Price’s professional pedigree, Harrison was greeted with a 10-fight, £1m deal in which the BBC foolishly allowed the self-managed ‘A-Force’ to pick his own opponents.

It was an expensive mistake and one Price believes Harrison has been paying for ever since.

“Audley turned professional with a lot of fanfare behind him and rightly so,” said Price. “He was our first Olympic gold medallist in 30 years or so.

“Me, I got stopped in my last (amateur) fight in the Olympics. A lot of people dismissed me as a potential pro heavyweight.

“We’ve had different paths out of the Olympics but that has worked in my favour. Audley had the pressure of being the gold medallist, he had the riches straight away.

“He was the best in the amateurs and had a lot of money when he turned pro. He had all the fame and fortune. What else did he need? He could have retired as soon as he turned pro.

“Hunger plays a big factor. I’m hungry now to succeed, to right the wrong in the amateurs. I want to be the best as a pro.”

While Harrison has never lived up to the early hype, all too often flattering to deceive, Price is using the frustration of bronze as a driving force in the paid ranks. He is determined not to repeat the mistakes of Beijing where he admits to ‘switching off’ once he knew he had made the podium. Complacency cost Price dear on that occasion and is something that has been levelled at the enigmatic Harrison throughout a lacklustre 28-5-0 pro career.

“I spent two years trying to figure out what went wrong in the semi-final fight. On another day I could have beaten the Italian (Cammarelle),” says Price, who faces Harrison at the Echo Arena in Liverpool on October 13.

“I couldn’t figure out what had gone wrong and then it dawned on me that the fact I’d got in the bronze medal position, the weight of expectation had lifted off my shoulders. The pressure was off.

“I could set myself up for life in the next 12-18 months. I’m not going to let a lack of concentration get in the way of that.”

At 13-0, Price has brushed aside all put before him. He admits he is yet to be stretched but feels Harrison presents a step up in class.

“No, I haven’t been tested,” says the Scouser, “but that says more about me than it does about my opponents.

“I’ve fought decent lads. John McDermott who beat Tyson Fury and Danny Williams; Sam Sexton who had Derek Chisora rocking all over the place in the seventh round of their second fight. I’ve fought Tom Dallas who was a prospect; Rafael Butler from America who came in with a crazy knockout ratio.

“No disrespect to any of the fighters I’ve mentioned but none of them are fit to lace Audley’s boots on ability and skill. Ok, some of them may have more heart and determination but skill-wise, no chance. He’s an Olympic gold medallist and former European champion. This is the natural progression for me. It’s a definite step up.”

* This article was first published as an exclusive interview by BoxRec.com. I use it now to talk students through composing a feature interview from tape to text. The clipped audio also demonstrates how we can add value to content through convergence.