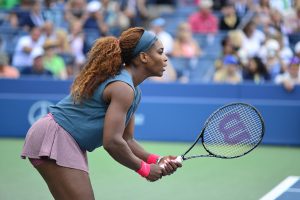 It was a week of double celebration for Champions League winner Cristiano Ronaldo as the (for now) Real Madrid player held onto top spot with earnings amassing $93 million – up from $88 million in 2016.

Golfer Rory McIlroy ($50m) and F1 driver Lewis Hamilton ($46m) are the only British athletes in the top 10 of a list of sport’s highest 100 earners hailing from 21 countries.

The US accounts for 63 of the list while the most prevalent sport is basketball. A new $24 billion TV deal has helped the NBA boast a record breaking 32 of the world’s wealthiest sports people from 1 June 2016 – 1 June 2017.

Over the last 12 months, sports mega-rich 100 have banked an eye-watering $3.11 billion collectively with 29% of that figure coming from endorsements and appearances.

What all of this neglects to highlight however, is that only one person on the list of the world’s 100 top earning athletes is female.

Tennis player Serena Williams appears 51st with earnings of $27 million over the past 12 months, a combination of prize money ($8m) and endorsements ($19m).

For some, Williams’ sole inclusion on behalf of the world’s female sporting population should be the story here. Indeed, under-reporting from this perspective is part of the problem.

When it comes to issues of equality in sport and sports coverage, it is clear that this is very much a man’s world.

Just as women fall some way behind men when it comes to pay from winnings and sponsorship deals, women’s sport does not command anything like the same attention as most male equivalents.

Research by Birmingham University found an average of just one in 20 sports stories across six national newspapers published in March 2013 involved women.

And this despite women landing a third of all British medals at the 2012 London Olympics, the premise of the research being to test whether such success would act as a catalyst for increased coverage of women’s sport.

A contributing factor here might be explained by the findings of 2015 study ‘Women Reporting Sport: Still a man’s game?’ that highlights an average of just 1.8% of sports stories tested were bylined (written) by women.

On this evidence, the gender disparity is quite obvious in sports journalism as well as sport.

Co-author Suzanne Franks explains how women’s sport also attracts “a tiny proportion of the total sponsorship and, as is well known, the salaries and facilities are minuscule by comparison to men’s.”

This brings us back to Serena Williams and the rich list. 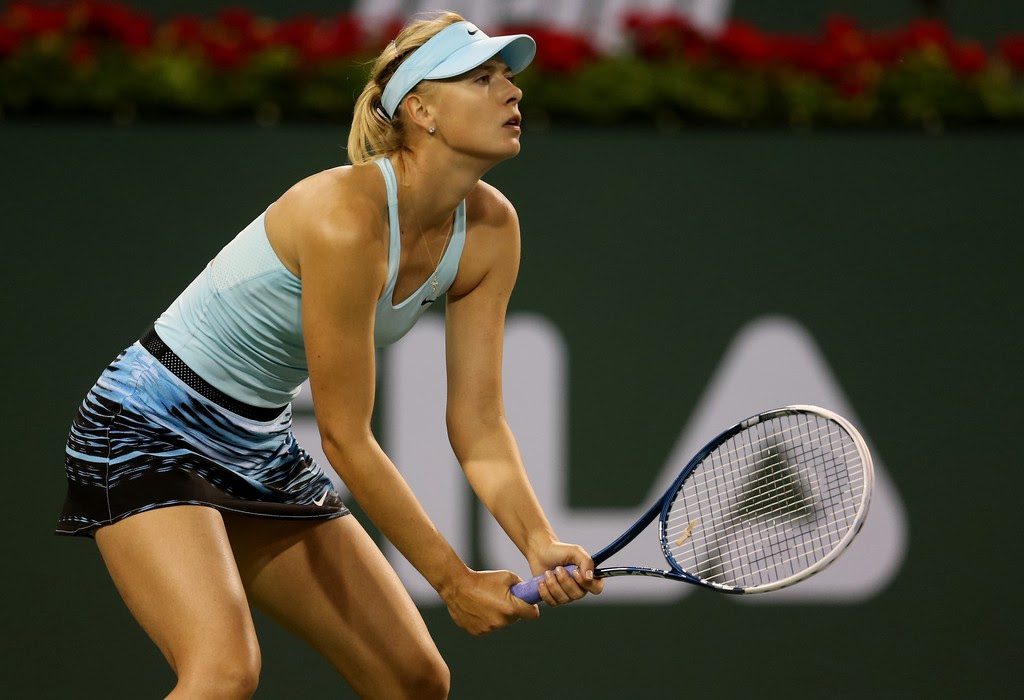 As the Forbes formula only considers active athletes, Maria Sharapova’s 2016 doping ban meant the five time Grand Slam winner (pictured above via Michael Brown, Flickr CC) dropped out of the top 100 earners this year as her on and off-court earnings took a hit.

Nonetheless, with perhaps UFC’s Ronda Rousey and NASCAR’s Danica Patrick the notable exceptions with potential to break into the top 100, Sharapova and Williams are the only female athletes who can realistically expect to figure regularly in this elite category the way things currently stand.

For progress being made with regard to the status of women’s sport, some may point to the recent publicity surrounding boxers Nicola Adams and Katie Taylor, signed by Frank Warren’s Box Nation and Eddie Hearn’s Matchroom respectively. Yet these are isolated examples in another male dominated arena.

Then there is the increasing popularity of the Women’s Super League, broadcast exclusively by BT Sport.

The reality, though, is that while Premier League stars such as Wayne Rooney and Zlatan Ibrahimovic (pictured below) have commanded weekly wages alone of £250,000-plus, the top WSL earners will pull in a rather more modest £35,000 a year, potentially rising to around £70,000 through bonuses and endorsements.

And while Chelsea gratefully received around £38 million for winning the Premier League last season, the unbeaten Manchester City Women’s team had to make do with a trophy as a WSL champions prize fund does not exist.

Of course, the development of women’s football is some way behind the men’s game, certainly in England, where the rewards on offer in the Premier League are an anomaly set against most other sports – male or female.

Football notwithstanding, a recent study commissioned by BBC Sport for Women’s Sport Week offers some positive reading in that 83% of sports surveyed now reward men and women equally. This, however, only refers to prize money and does not account for wages and sponsorship deals whereby male athletes can command huge economic advantage.

In terms of parity in prize money, tennis is an established standard bearer with some top-ranking Masters tournaments, as well as all four grand slams, having equal pay for both sexes.

This helps explain why eight of the top 10 highest earning female athletes in 2016* were tennis players.

Of course, Williams is out on her own in heading this year’s list. But with doubts about whether the pregnant 35-year-old will return to competitive tennis, and the jury still out on Sharapova’s form and fitness since her recent return to the court, there is every likelihood that Forbes’ 2018 World’s Highest Paid Athletes list will not feature a single female.

That being the case, you may not read too much about it.

*At the time of writing, Forbes had not released the 2017 list for highest earning female athletes